Sexual Harassment- The repeated and unwelcome sexual advances, requests for sexual favors, or verbal comments, gestures, or actions of a derogatory or offensive sexual nature by one inmate, detainee, or resident directed toward another; or the repeated verbal comments or gestures of a sexual nature to an arrestee or inmate by a staff member, contractor, or volunteer, including demeaning references to gender, sexually suggestive or derogatory comments about body or clothing, or obscene language or gestures.

In accordance with PREA, all investigations are assigned one of the three possible determinations: 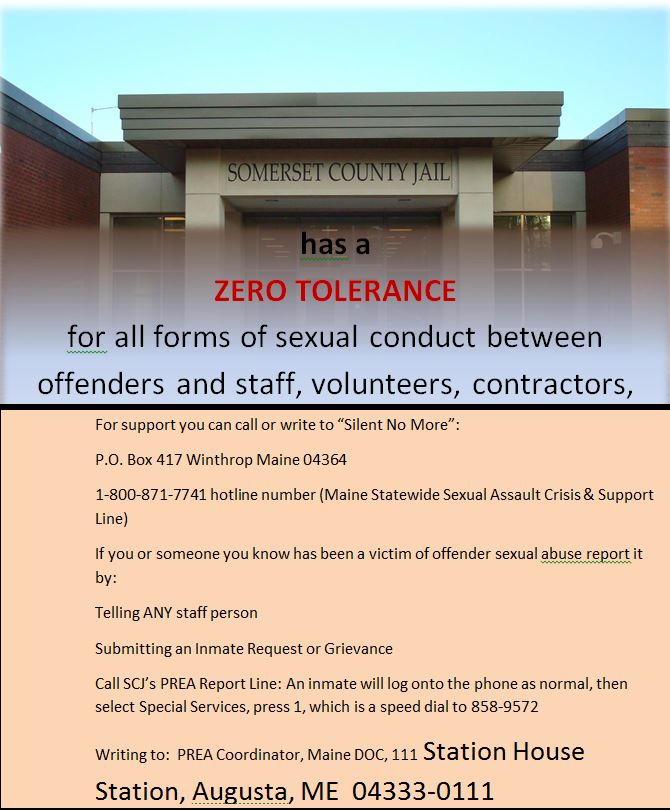